Hebrews 11:17 (AMPC): “By faith Abraham, when he was put to the test [while the testing of his faith was still in progress], had already brought Isaac for an offering; he who had gladly received and welcomed [God's] promises was ready to sacrifice his only son...” 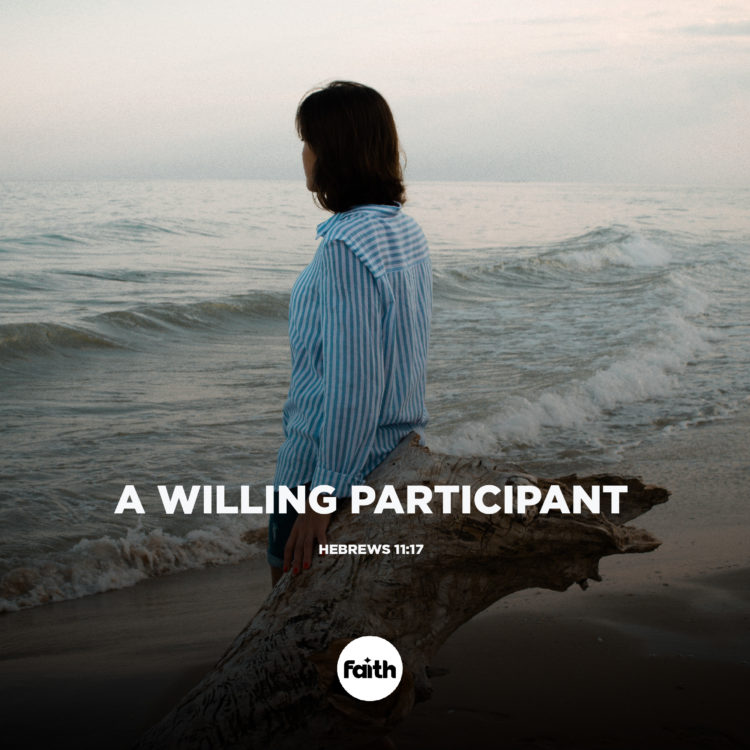 Abraham was called a friend of God because he was always a willing participant of His plans. The truth is he trusted God to always keep His promises. Abraham knew if God was going to have Isaac as a sacrifice, He would raise him to life again – because Isaac was the promise God’s nation would be birthed out of. So he willingly went through every step of God’s plan, fully confident that whatever God did would certainly work towards a glorious outcome, and he was ready to be a part of that plan. And that’s exactly what God was doing. He never intended for Isaac to die that day. He was creating a type and shadow of what was to come.

Sometime in the future, God’s only begotten Son would be a willing sacrifice for a new people to arise – God’s own children. Abraham brought Isaac in faith, God the Father brought Jesus to our world in faith too. What God was willing to do, His friend Abraham was willing to do also.

You and I can choose to come on board, as Abraham did, as willing participants in whatever God wants to accomplish through us – because we trust Him. Just as God chose Abraham to be His friend, Jesus said He chose us and calls us friends. Today, be a willing participant, as you trust Him to work His glorious outcome through you.