usa
Be the Salt! - MyFaithTV Family of Networks
MyFaith Network

Matthew 5:13 (NKJV): “You are the salt of the earth; but if the salt loses its flavour, how shall it be seasoned? It is then good for nothing but to be thrown out and trampled underfoot by men.” 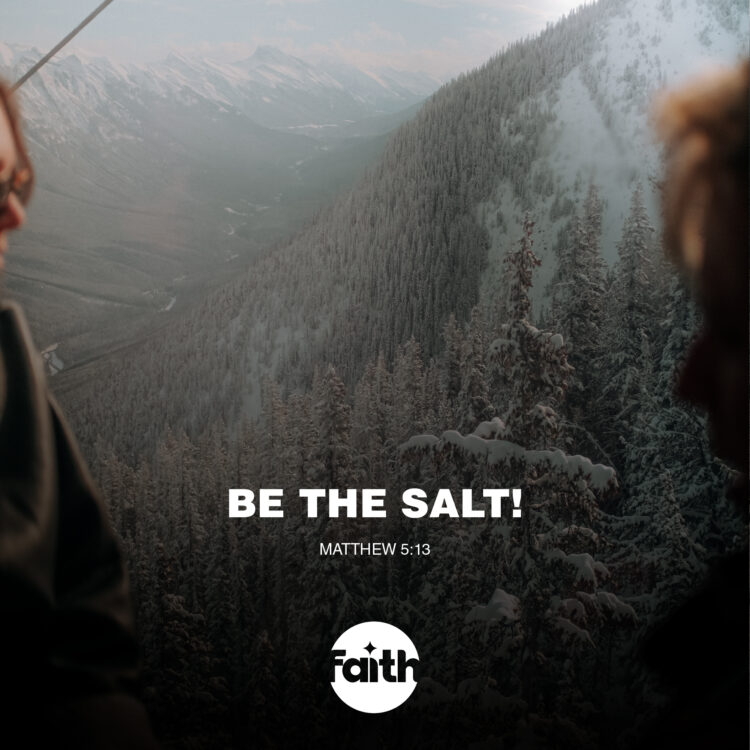 Salt adds flavour to flavourless food, it enhances its taste. Jesus said that we are the salt of the earth. Just as salt enhances the taste of food, we enhance the lives of those on this earth, by what they ‘taste’ through the way we speak and behave. In the time Jesus was teaching this, salt was a very costly commodity. It wasn’t just used to add flavour, it would also be used to preserve food. The reason it was so costly was largely due to the refinement process of producing salt that was useful. When salt came out of the ground, or marshes it was mixed with all kinds of impurities. They had to go through an arduous process to separate the impurities from the salt before it became pure and useful. Salt that had not been properly refined would be compromised and lose its flavour and usefulness. Jesus warns believers of losing our flavour and usefulness for His kingdom when we live compromised lives. Sin not only puts out the fire of God in our lives, it compromises our walk of purity and removes our “saltiness”. The world is attracted to believers who speak and behave differently when faced with the same challenges and threats. In times of danger, confusion and fear those walking close to the Lord, with His Presence overflowing in and from them – add great value to this world.  Stay vitally connected to the Lord, allowing His Word and Spirit to continually sanctify you, and you will be the salt of the earth He made you to be – vital and useful to Him.