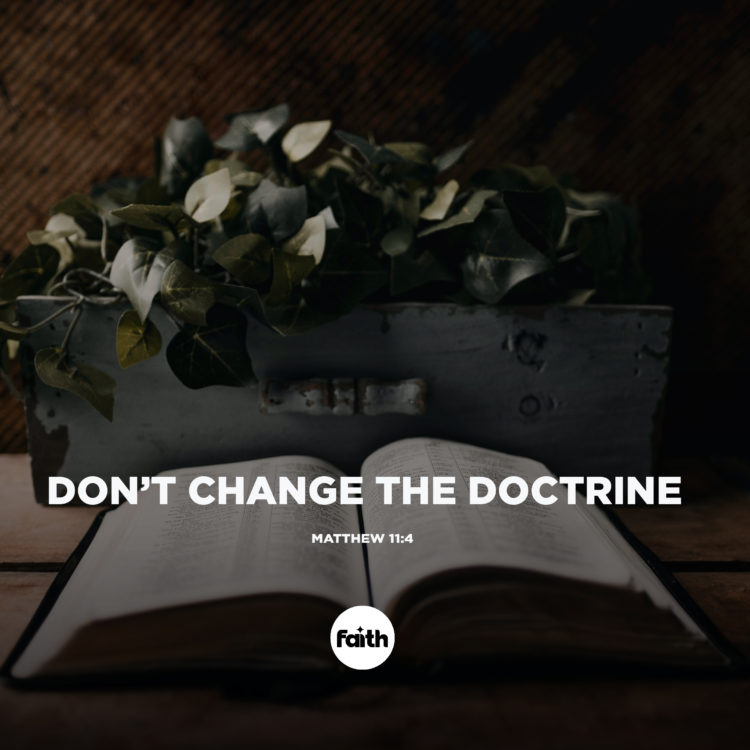 At this time, John the Baptist had been in prison for about a full year.  He had very likely become disillusioned and struggling with doubt concerning Jesus.  He had preached that Jesus was the coming Messiah – the One who would gather His people to Himself and judge their oppressors. He, like so many others, expected the Messiah to rule in a military fashion, much like King David did.

But to that day, even though he had heard of the many supernatural works performed by Jesus, John had not seen Him take on their nation’s oppressors. So, he sent word to ask Jesus, “…Are You the One Who was to come, or should we keep on expecting a different one?”. To which Jesus responded, “…tell John what you HEAR and SEE…” The Supernatural demonstration that followed Jesus’ ministry was verification that He had come to destroy the works of the real enemy – the devil; and to reveal and demonstrate the true loving nature of His Father to all people.

Jesus told John to not become offended at Him because it would hinder him from seeing the full truth of Who He was. We must always trust God’s nature and His Word above all else, and never be tempted to change our doctrine to align circumstances we don’t necessarily understand.