usa
Give Me this Mountain! - MyFaithTV Family of Networks
MyFaith Network

Give Me this Mountain!

Joshua 14:11-12 (NKJV): “As yet I am as strong this day as on the day that Moses sent me; just as my strength was then, so now is my strength for war, both for going out and for coming in. Now therefore, give me this mountain of which the Lord spoke in that day…” 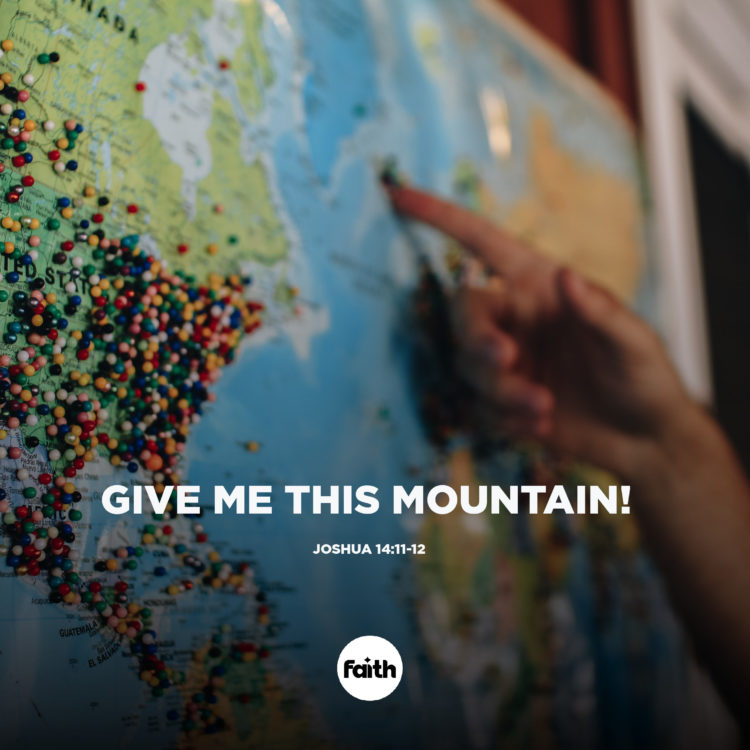 Caleb helped lead the people of Israel into their Promised Land, but he didn’t stop there. Years later, at the age of 85, he was asking for the go-ahead to conquer for God’s people again! He was essentially saying, “Pick me! Give me another assignment!” Caleb had every intention of living out his life in victory.
He could have said, “God, just let me retire.” Instead, he declared that he was as strong that day as he was when Moses first called on him. The Bible says both Caleb and Joshua had excellent spirits. They were full of faith and eager to run with God! They never doubted the faithfulness of God or the validity of His Word. He said He would be with them and that the Promised Land was theirs for the taking! It was obvious to them that any enemy that dared to come between God’s people and their promise stood no chance of surviving, and they were extremely keen for the opportunity to see it first-hand.
God is looking for people with a spirit of excellence – full of faith and completely persuaded that through them, He will perform every one of His promises! What are you waiting for? Go conquer your mountain today!
Share on facebook
Facebook
Share on twitter
Twitter
Share on email
Email
Share on whatsapp
WhatsApp
Facebook-f Twitter Youtube Instagram Tumblr Pinterest Flickr