Proverbs 13:20 (NLT): “Walk with the wise and become wise; associate with fools and get in trouble.” 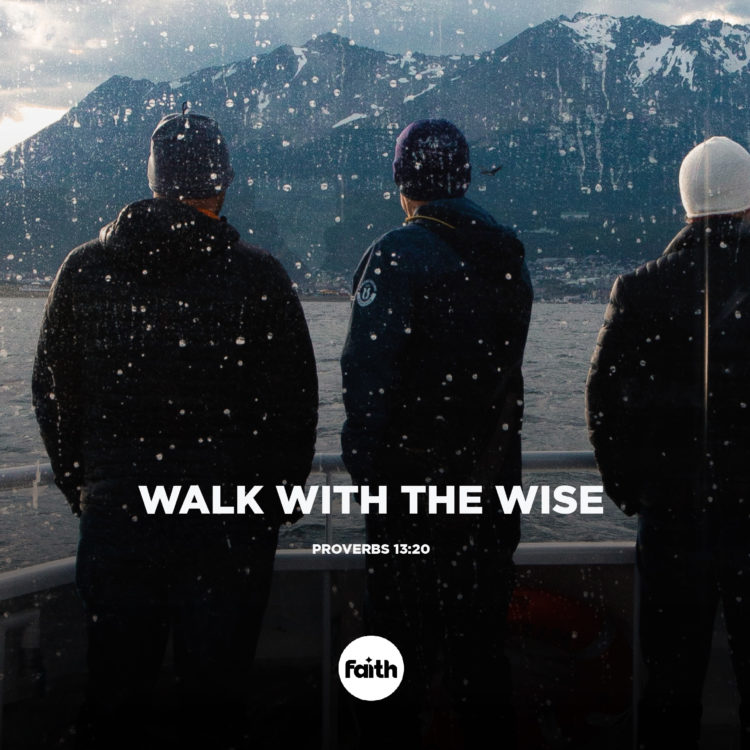 Perhaps you’ve heard it said, “Bad company corrupts good character”. Isn’t that why we are advised to walk with the wise?  Let’s consider the life of Jesus for a moment. He consistently retreated to a quiet, lonely place to spend hours with His Heavenly Father.  In those times He received His Father’s heart and perspective; He drew from His wisdom that brought peace and was filled with joy that became His strength. His Father’s love so filled and fueled His heart that He became an extension of it. Out of that love, He was led with clear purpose and direction to carry out His Father’s will.

Notice how His immediate circle of friends was men and women who chose to dedicate their lives to walk in the same direction as His. Together they served and touched the lives of those around them. Take careful note of your circle of close friends. Do they have the same heart and eternal purposes as you? 1 Corinthians 5:11 warns us to not walk closely with those who call themselves believers and yet love to sin. Your association with them will tarnish your good reputation in Christ.

Jesus reached out to sinners and showed compassion, drawing them to repentance, healing their hearts and delivering them from their bondage. He never sinned with them, neither did He encourage them to remain as they were. Run with those who are full of God, and together, with clean hands and pure hearts – touch the world around you with His love.