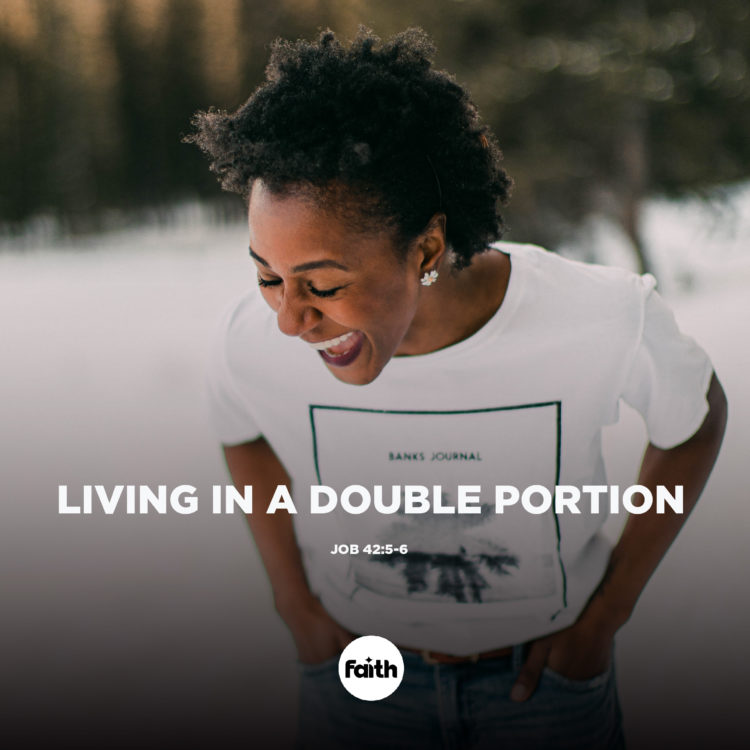 Many Christian’s base their view of God’s character on their circumstances. Jesus said that if we want to know the true nature of His Father, we should look at Him! He reflected the exact character of God for us when He walked the earth. He only did what He saw His Father do, and spoke only what He heard His Father say. Jesus made it abundantly clear that His Father is nothing but good, all the time.

In Job 38, the Lord pointed out Job’s misconception of God’s true nature. Job had the incorrect mindset about the character of God. His perspective of God was tainted by fear of punishment, and his statements of God’s character were based on the experience of his painful trials. After God revealed Himself to Job, he repented for painting the image of his Creator from the perspective of his circumstances, not from the truth of Who He really was.

Don’t let disappointing circumstances cloud your perspective of God. It will rob you from seeing and believing His good, faithful character. Seeing God through His Word will give you the correct perspective of Who He is, and cause you to have faith in Him and His promises. Job finally got it, and his restored perspective and faith saw him living in a double portion of God’s goodness and blessing.