God’s Will Above Our Own 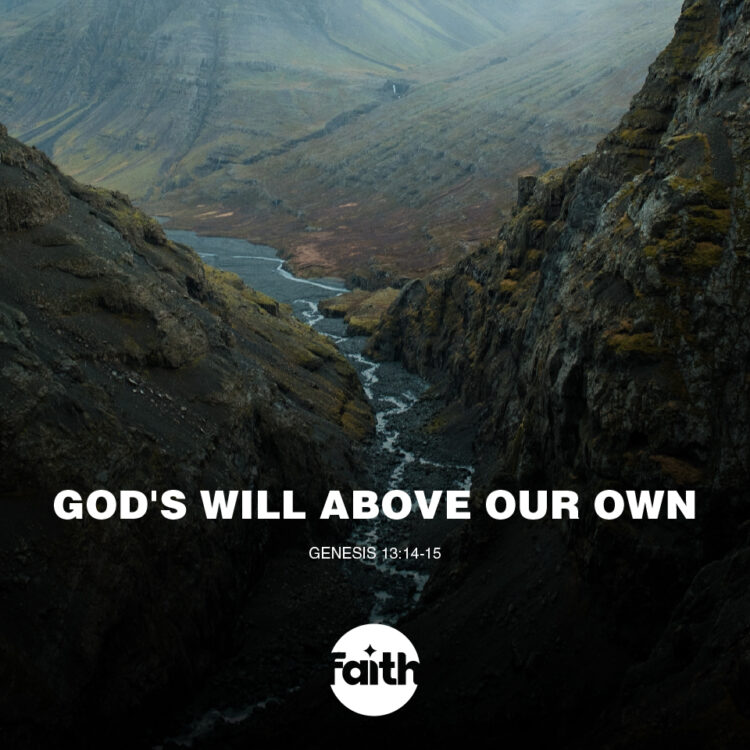 Abram and his nephew Lot had to separate ways in order to avoid conflict between their growing families and livestock. Abram graciously allowed Lot to select the land he wanted to occupy, before selecting his own.  Out of his own will, Lot lifted his eyes and selected the rich, fertile lands along the Jordan valley, in the spiritually depraved region of Sodom. Then God visited Abram and instructed him to lift his eyes to view the land. Unlike Lot, Abram was learning to trust the Lord and depend on His will for direction, provision, and protection.  He didn’t make a choice dependant on his own interests, he reserved that right for the Lord. Genesis 13:10 tells us Abram only “lifts his eyes” to view the land at the command of the Lord. His decision to place God’s will above his own resulted in the Lord blessing him, even greater than what was first promised! The original promise was that God would give Abram and his descendants all the land he could see. Now, He adds to that promise and says it will be theirs forever! When we settle in our hearts to choose God’s will above our own, and trust Him in that decision – He will not only honour His promises to us, He will add His favour and blessing to everything concerning us – far above what we could dream and imagine!