Joshua 5:9 (NLT), “Then the Lord said to Joshua, ‘Today I have rolled away the shame of your slavery in Egypt.’ So that place has been called Gilgal to this day.” 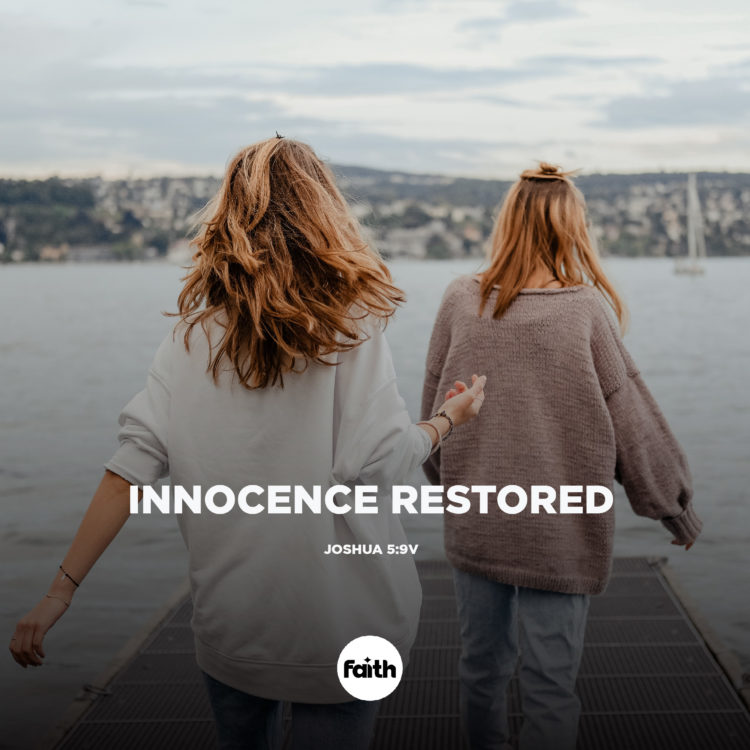 After years of wandering in the wilderness, Joshua and the people of Israel were finally ready to enter their long-awaited promised land. It was time for them to step into the fulness of the blessing and conquer every enemy that opposed them. God, in His love and wisdom, knew that in order to secure their success, there first had to be a change of how they saw themselves.
So He told them the shame of slavery that had robbed them of dignity and self-worth to dare to believe in Him, was being removed from them. Like a giant boulder keeping them bound in a tomb of hopelessness; He rolled their shame that was linked to centuries of slavery away that day. Shame keeps people bound to emotions caused by the consciousness of guilt and humiliation. These same feelings of shame fed and fueled the insecurity in the ten spies who initially scouted the land with Joshua and Caleb. They saw themselves as grasshoppers compared to their enemies, instead of seeing the One who was with them.
Today, let the blood of Jesus wash away the shame of your past. Don’t allow it to keep you living in a defeated mindset. Instead, see yourself hidden in Him, and settle in your heart the truth that He has made you righteous. Because of Jesus, your shame has been rolled away and you are free to walk into the fullness of blessing with your innocence completely restored!
Share on facebook
Facebook
Share on twitter
Twitter
Share on email
Email
Share on whatsapp
WhatsApp
Facebook-f Twitter Youtube Instagram Tumblr Pinterest Flickr