John 6:35 (AMPC): "Jesus replied, I am the Bread of Life. He who comes to Me will never be hungry, and he who believes in and cleaves to and trusts in and relies on Me will never thirst any more (at any time)." 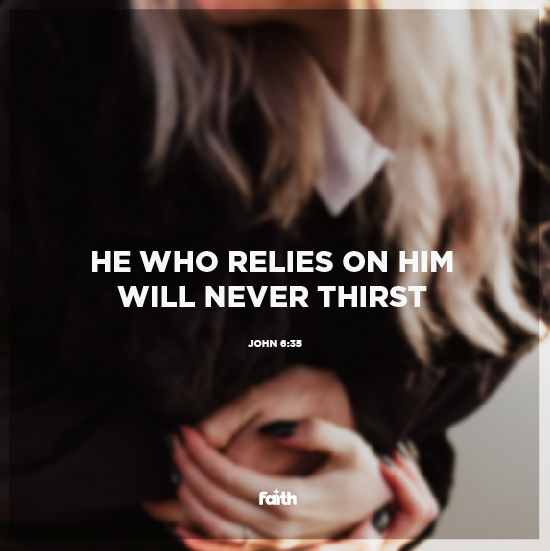 Those who did great exploits for God, operated in His supernatural power, and produced abundant, lasting fruit for His kingdom – all clung to God and His Word as if it was their last meal. Hebrews 11 speaks of true heroes in faith. They fulfilled their God-given assignments persuaded by one command, one promise.

Jesus said anyone who clings to Him will never go hungry. Anyone who trusts and relies on Him will be fulfilled and do greater works than He did for His kingdom!

The key is hunger. As the physical body is nourished, sustained, and empowered by food; the spiritual man is nourished, sustained, and empowered by Jesus – the Bread of Life. When our hunger for God, and earnest desire to know His ways, overrides our desire for anything else in this world, we will walk in a dimension of faith and create an eternal legacy that far surpasses anything we’ve ever known.