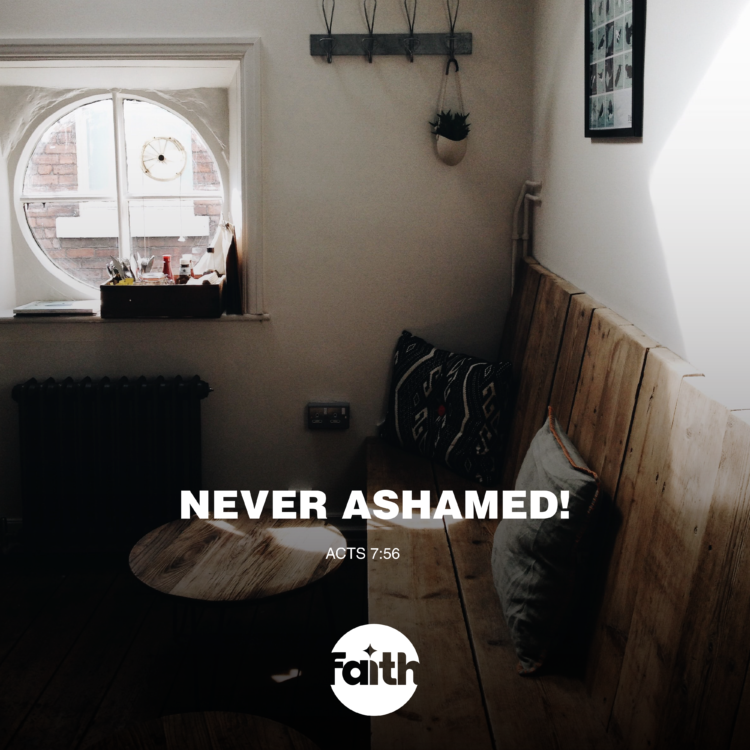 Before declaring these words, Stephen had enraged his accusers by arguing so well that Jesus is the Messiah. They couldn’t refute what he said. The only way to silence him was to falsely accuse him and sentence him to death. Stephen exposed the Sanhedrin’s stubborn refusal to recognise this truth, after proving to them, from the scriptures, that the Jesus they killed fulfilled every prophecy about Himself. They simply couldn’t indulge such a public confession and acknowledgement that Jesus really was exactly who He said He was – and died at their hand for saying it.  Then, what sealed Stephen’s fate was telling them what he saw when he gazed into heaven and saw Jesus standing at the right hand of the Father. The Sanhedrin were enraged they shouted, put their hands over their ears and rushed upon him all at once! They dragged him out of the city and stoned him to death. But Stephen was so caught up in the glory of seeing the One he so boldly proclaimed – he only cared to ask for his accusers to be forgiven before stepping into the arms of Jesus. Many scholars believe Stephen saw Jesus standing at the right hand of the Father instead of sitting, as the scriptures record, because He was deeply moved by Stephen’s witness and stood as his advocate in return (Matthew 10:32). Never be ashamed, or afraid to proclaim the truth about Jesus that you know to be true. Just as you confess Him before men, He will in turn, confess you are His before His Father in heaven.