Isaiah 1:11 (NKJV): “To what purpose is the multitude of your sacrifices to Me?” Says the LORD. “I have had enough of burnt offerings of rams and the fat of fed cattle. I do not delight in the blood of bulls, or of lambs or goats.” 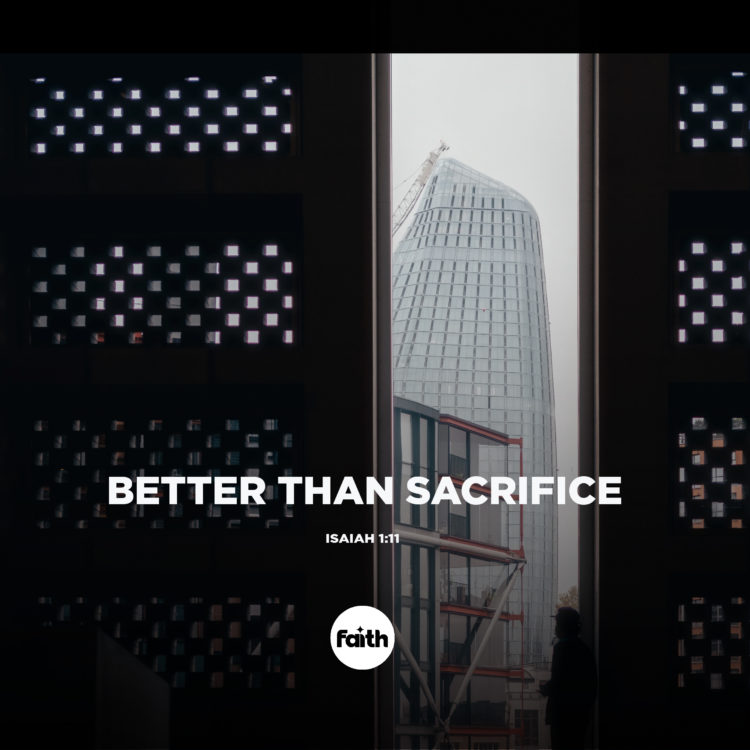 In the first chapter of the book of Isaiah, the Lord rebuked the children of Israel for their disobedience. Despite the large sum of offerings and sacrifices they brought; God was not pleased. He considered their offerings as hollow and superficial because their hearts were not in the least bit after Him. They thought they could use their offerings to manipulate His hand. They wanted to appease Him to hold back His punishment, without having any intention to change their ways.The offerings themselves were not out of place, they simply served no purpose if the people’s hearts were set to live independent of God, in disobedience.

In 1 Samuel 15, King Saul made the same mistake. After attacking the Amalekites, for good reason, God instructed him to destroy everything. Saul disobeyed. He thought his decision to keep the best of the cattle for sacrifices was a better plan, and that the Lord would bless him for it. The prophet Samuel rebuked him and said, “To obey is better than to sacrifice”. If we want to please the Father, then we must understand it’s our hearts He requires above all else.

When we truly love Him, obeying Him becomes our pleasure because we trust His wisdom and know it always works towards our benefit and blessing. A heart after God that trusts Him and is willing to obey His Word is far more appealing to Him than any offering. Give Him your heart, and He will give you everything in return.