One Word From God!

Judges 6:12 (AMPC), “And the Angel of the Lord appeared to him and said to him, The Lord is with you, you mighty man of [fearless] courage.” 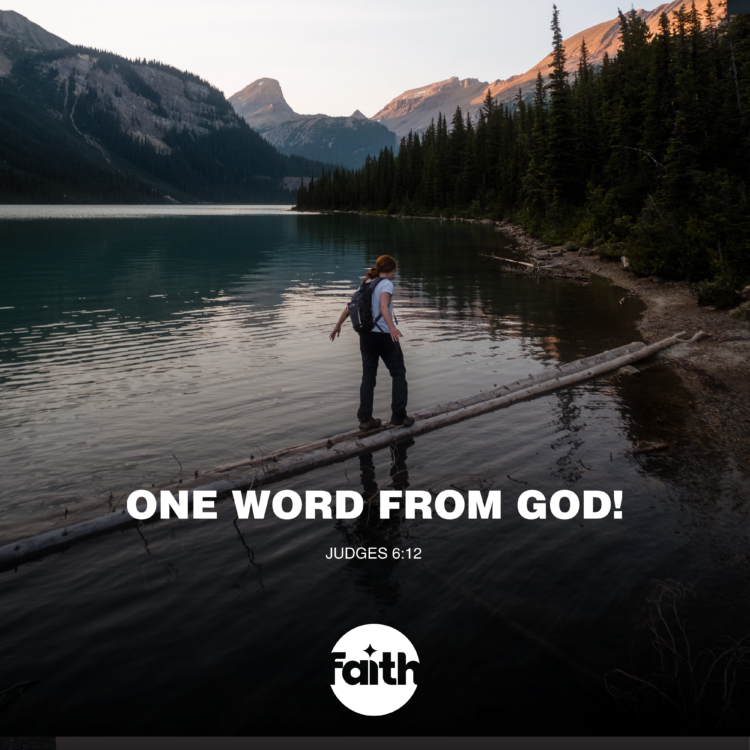 At the time the angel visited Gideon, he was in hiding.  He was beating wheat in an underground wine press, out of sight of the Midianites. The Bible explains Gideon’s mindset as gloomy and depressed. Every time he tried to do something to provide for his family, or people, the enemy would destroy it all. He was probably on the verge of becoming bitter towards the Lord, complaining about Him rejecting His people. Gideon had lost hope of any redemption out of his situation. He had lost faith in the God who redeemed his ancestors from Egypt. Which is what makes the angel’s address to Gideon almost laughable.  He called Gideon a mighty man of fearless courage!  There was simply no evidence of this in Gideon’s life! And yet God’s Word was all that was needed to shake Gideon out of his degenerative mindset, and infuse new hope and faith into Him.  Romans 4:17 says, “… God gives life to the dead and speaks of the nonexistent things that [He has foretold and promised] as if they [already] existed.”.  Hallelujah!  If you are feeling discouraged and hopeless about your circumstances, and inadequate to bring any change, then it’s time to pick up God’s Word and be shaken out of that incorrect, negative mindset!  All it takes is one Word from God to come alive in your heart to produce the faith needed to break free of defeat and set you on the path of victory!  Take God at His Word today, believe what He says and let faith move you to fulfil your destiny in Him!