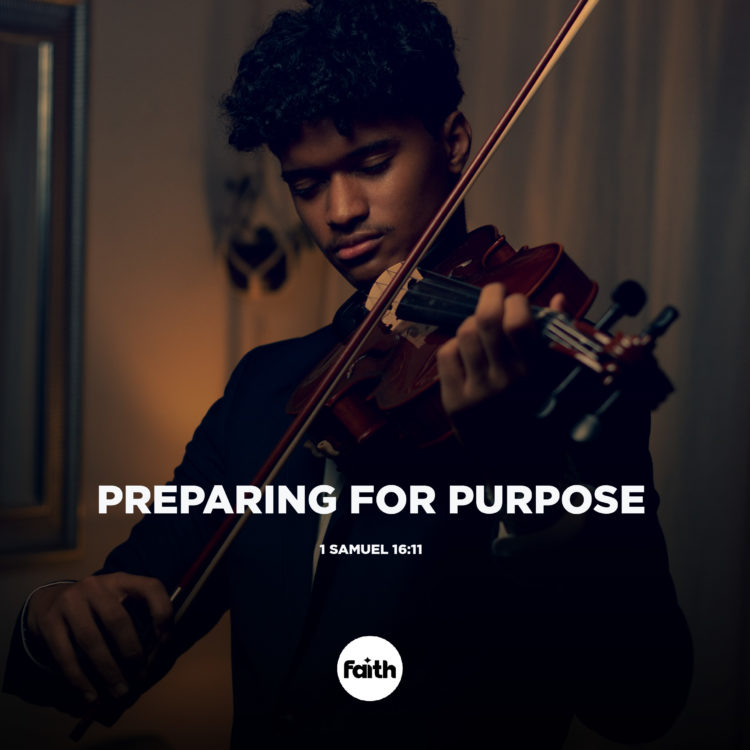 The young boy David was out in the fields working as a shepherd when Samuel came to anoint a king. It might seem like David was doing nothing of importance, but his season of shepherding trained him to be a mightier king than Saul. While Saul had the external qualities of a fearsome warrior king, David had a heart that recognized and was sensitive to the voice and ways of God – which was exactly what was needed to rule a nation. David kept careful guard over his sheep. He watched for changes in their behaviour as a cue to take precautions against possible attack.

Sheep are easily influenced and misled, so he constantly talked to them, ensuring they recognized, knew and listened to his voice. David learned to discern between those who would follow his lead and those who would stubbornly refuse. He was faithful in his role and led his flock well. His cautious attention to the sheep under his care was the training ground for the promotion that awaited him.

Embrace every opportunity to be equipped and trained in the things of God, knowing it’s leading to a greater purpose. Do everything with excellence and learn how to divide the Word of truth rightfully. Your faithfulness will position you for the more God has in store for your life, just as it did for David.