1 Samuel 30:8 (NKJV): “So David inquired of the Lord, saying, ‘Shall I pursue this troop? Shall I overtake them?’ And He answered him, ‘Pursue, for you shall surely overtake them and without fail recover all.’” 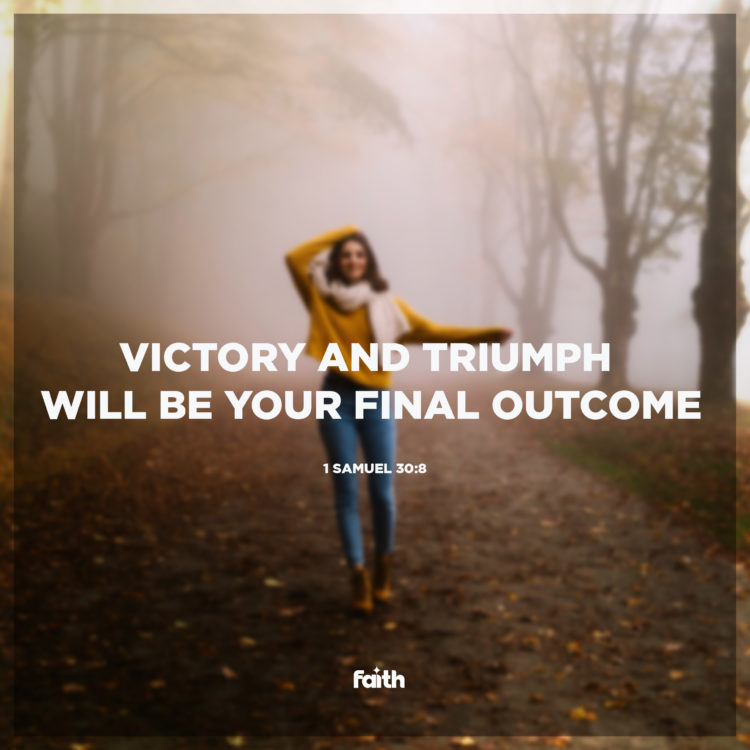 In this passage of scripture, David and his men returned home only to find it plundered by the Amalekites. Their wives and children had been taken captive and the men were so bitterly grieved they threatened to stone David. With all these things against him, David’s only hope was to turn to His God. The Word says he encouraged and strengthened himself in the Lord, and he sought His face for a plan of action.

Don’t let the trauma of the loss or disappointment you may have experienced, stop you from moving forward in what God has promised you. While it’s understandable to feel discouraged at an outcome, don’t ‘camp’ at that place. Understand, even though you can’t see it right now, victory and triumph will be your final outcome.

Choose to encourage and strengthen yourself in the Lord. Let the Holy Spirit heal your heart as you release the disappointment to Him. Then seek out God’s wisdom from His Word concerning the situation. Move on His instructions, knowing He will lead you to victory. Move swiftly and confidently towards your destiny. Without fail, you will recover all!