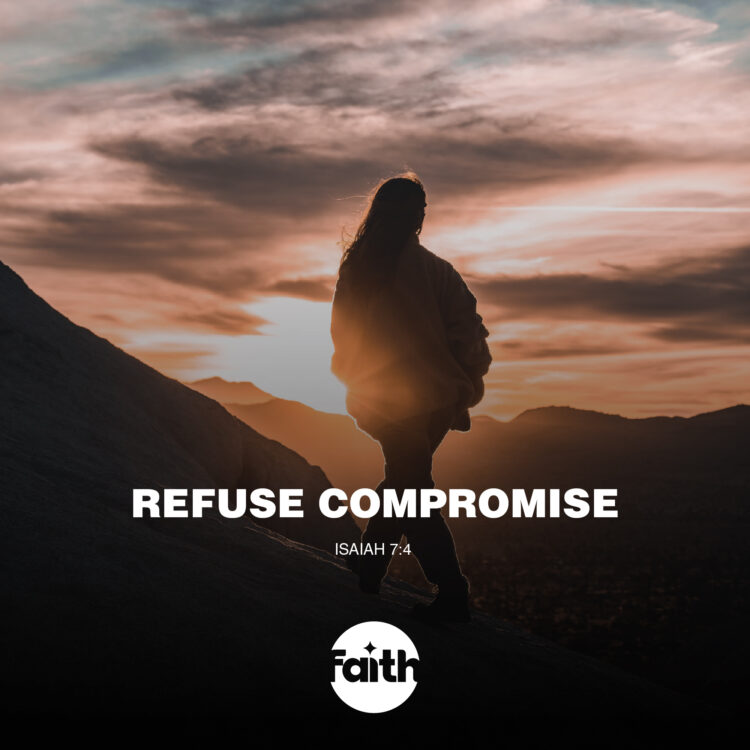 Ahaz was a wicked king of Judah. He allowed compromise into his kingdom, and welcomed the worship of other gods. He had just received word that the king of Syria, and the king of Israel had made an alliance and were marching towards Judah. They wanted to attack Jerusalem, defeat the capital of Judah, then depose of Ahaz. King Ahaz and his people were terrified. God sent Isaiah to tell Ahaz to not be afraid of the threats of the two kings. The attack would fail and He would spare Jerusalem. If Ahaz would turn to the Lord, and put his trust in Him alone – he and Jerusalem would be spared.  However, if he didn’t trust in the Lord, he and his reign would not be blessed and established. Unfortunately, Ahaz didn’t trust in the Lord. He placed his trust in an alliance with the king of Assyria instead. In the end, Jerusalem was spared, but Ahaz and his reign came to an end. Ahaz’s compromised life caused him to become thoroughly corrupt. He entered into an ungodly alliance for “good” reasons and it ended in his demise. When we allow compromise in our walk with the Lord, we choose a slippery slope that easily leads to us walking out of His blessing and favour. We should learn from Ahaz’s mistake. We must keep our hearts fixed on the Lord, and wholeheartedly follow after Him. Refuse the temptation of compromise so you can remain established and blessed in the goodness of God.