Daniel 6:10 (NKJV):“Now when Daniel knew that the writing was signed, he went home. And in his upper room, with his windows open toward Jerusalem, he knelt down on his knees three times that day, and prayed and gave thanks before his God, as was his custom since early days.” 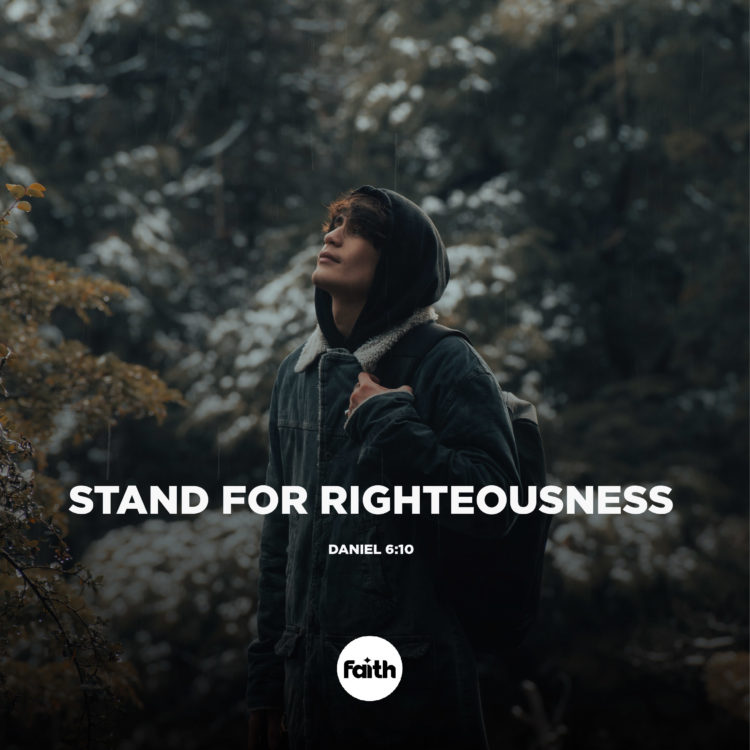 The king had decreed that no prayers were to be offered by the people to anyone or anything but himself. Daniel took note of this decree and still continued as usual to pray to God. Despite the threat, he understood who was more worthy and deserved his worshipful obedience and reverential fear. Daniel honoured and valued God more than an evil decree. Since Daniel’s devotion to the Lord trumped all else in his life, it secured him and kept him resolute in faith.

Scripture tells us the consequences of Daniel’s civil disobedience resulted in him being thrown into the lions’ den, where angels kept him safe and sound amongst the hungry predators. Daniel’s stand for righteousness caused the King himself to decree that Daniel’s God was the One true and living God! If Daniel had chosen to comply with the evil decree and not honour God, evil would have prevailed over that entire nation. All the God-fearing Israelites would have been hunted down and murdered. Don’t think for a moment the same threat is not launched against the church today.

Like Daniel, we have the same responsibility to stand our ground in faith and righteousness – honouring and valuing God more than anything contrary to who He is! If we crumble and succumb to fear, evil will prevail. So submit to God, choose righteousness and stand.