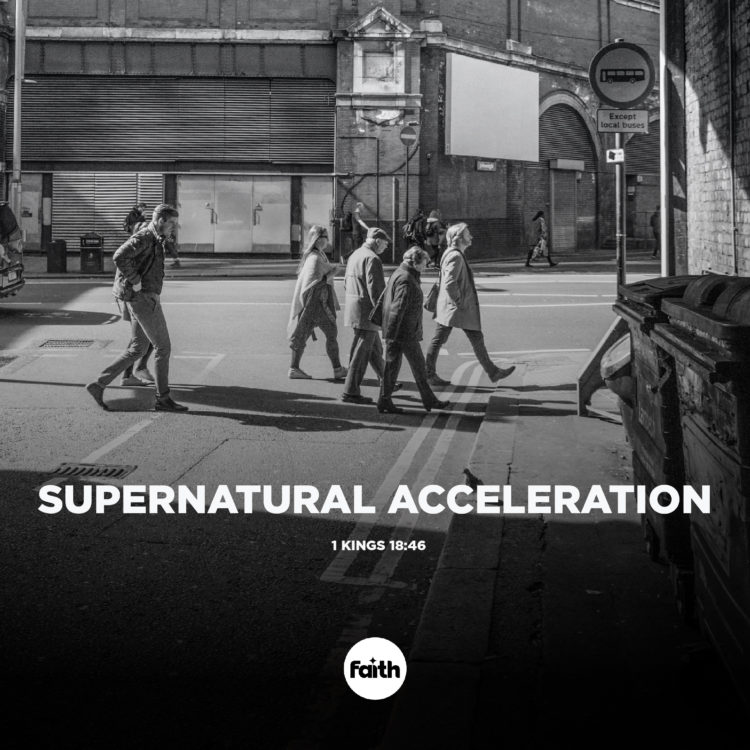 In 1 Kings 18, the prophet Elijah has a contest between the 450 prophets of Baal and himself. The purpose was to show the children of Israel which of the two Gods they flip-flopped between was real. The time had come for them to decide who they would worship and serve. The showdown was nothing less than spectacular – rendering the Israelites on their faces, declaring the Lord to be their God.

Elijah told a bewildered King Ahab to get in his chariot and race to Jezreel, a town almost 20 miles away, before the rain that was about to pour from the heavens made the route impossible for travel. At that point, the supernatural power of God came upon Elijah and he set off on foot in the same direction as King Ahab. In the natural, it was obvious that the king had a head start and an unfair advantage over Elijah; but let’s not forget Who was with him – the God who specialises in making the impossible possible! Elijah not only outran the chariots, he ran in front of the horses for 17 miles, all the way to Jezreel.

When we choose to stand for God, no matter how disadvantaged we seem to be in the natural – remember that the same God Who was with Elijah that day, is with you. He will not only grant you supernatural acceleration to outrun your enemy, He will sustain you with supernatural endurance to run your race victoriously. Proving to everyone that He is the God Who deserves all glory and praise.