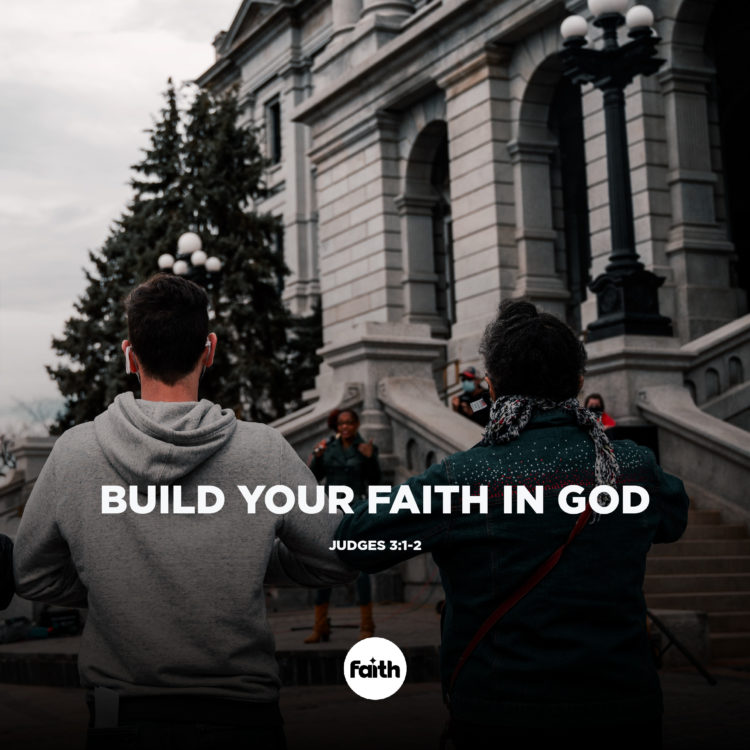 Generations of Israelites were born after the nation fought to possess the Promised Land. They never experienced war, which meant they were not skilled in battle. This put the nation at a disadvantage because they were vulnerable and exposed to the enemy nations in Canaan. God wanted His people to learn how to follow His instructions carefully and trust Him in the heat of battle. He wanted to build their faith and confidence in Him as He led them to victory over their enemies.

That’s why He allowed the unconquered enemies and giants to remain, testing Israel’s devotion and obedience towards Him. It was the perfect way to determine if they had faith in God alone. In this life, each generation of believers must determine in their hearts to serve the living God. Their devotion to Him, obedience to His Word and the leading of His Spirit, will keep them standing strong in faith and alert to the enemy’s tactics. This is what empowers each generation to stand boldly for the truth and freedoms previous generations fought for, and won.

We must all learn the skills of living by faith and resisting the enemy or we will end up surrendering to his demonic agenda for the earth. Overcome the battles you face by committing to the Lord and trusting Him with all your heart. Choose to build your faith in God so you will always overcome as the Holy Spirit goes before you, leading you in victory.