Your Heart Is Where Your Treasure Is

Matthew 26:15 (AMPC): “...What are you willing to give me if I hand Him over to you? And they weighed out for and paid to him thirty pieces of silver [about twenty-one dollars and sixty cents].” 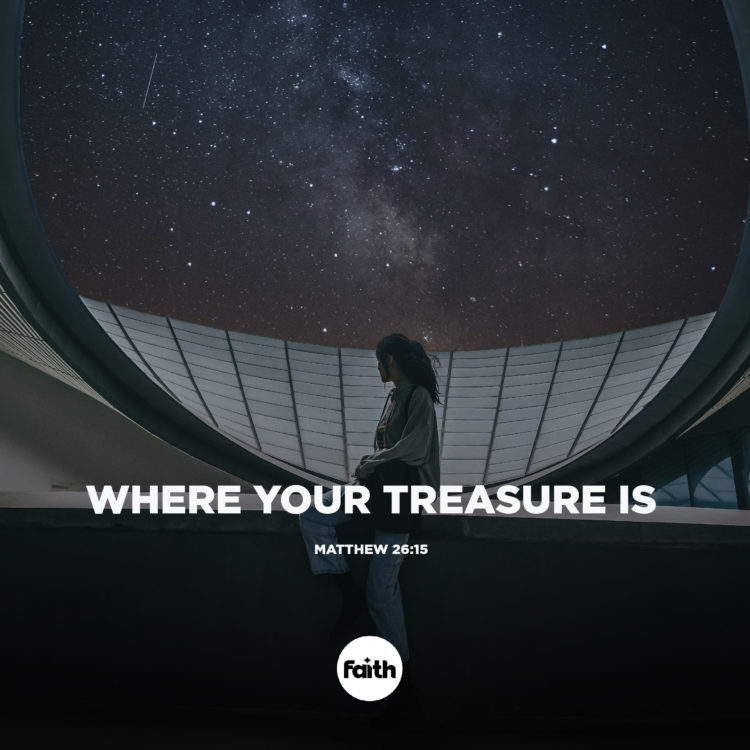 Judas went to the chief priests to determine how much money they would be willing to pay him, to betray Jesus. At this time, the rulers and Pharisees were already plotting to kill Jesus with stealth, waiting for the perfect opportunity to present itself.
Around that time, another event occurred, and according to Luke 7:38, a woman came to Jesus and fell at his feet. Her tears of affection and deep gratitude washed His feet, and she dried them with her hair. Then she broke her alabaster jar filled with expensive perfume and poured it over His feet. This perfume signified her all, including her stained past and the income she received as a result of it. Her sacrifice poured out was an expression of her heart overflowing with adoration.
The One Who showed such grace and mercy, where it was not deserved, became the recipient of her treasure. Her act of love made such an impression on Jesus that He declared her story would be told forever. In stark contrast, due to the condition of his heart, Judas was willing to betray Jesus for a few coins. May we never undervalue our Saviour! May He always be the recipient of our treasure, for there our hearts will be also (Matthew 6:21).
Share on facebook
Facebook
Share on twitter
Twitter
Share on email
Email
Share on whatsapp
WhatsApp
Facebook-f Twitter Youtube Instagram Tumblr Pinterest Flickr