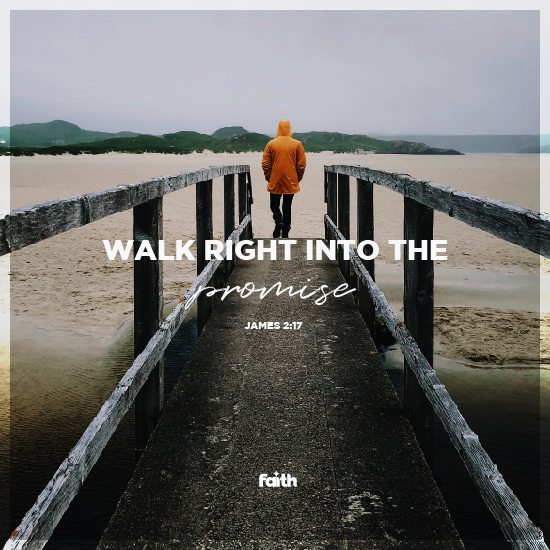 The Message Bible says: “God-talk without God-acts is outrageous nonsense.” Real faith is tested and it requires action. Consider the woman who suffered with the issue of blood.  She didn’t stay at home locked away from life, hoping for change.  No, she went out to where Jesus was.  She pressed through the crowd, touched the hem of His garment, and received her miracle.  Hebrews 3:15 says, “…while it is [still] called Today, if you would hear His voice and when you hear it, do not harden your hearts as in the rebellion [in the desert, when the people provoked and irritated and embittered God against them].”  Instead of sitting around complaining and groaning, and wishing for a change – God’s people could have trusted His Word, stepped out in willing obedience each day, and walked right into their promised land years earlier than they did.  They could have chosen to align their attitudes and conversations with faith in God and acted like people who were thankful, and joyful, and on their way to their promised land! Today, make up your mind to get up and act as someone who is walking in God’s promises. Choose to delight yourself in Him and His ways regardless of your circumstances.  Before you realize it, you’ll be walking right into the promise your faith has been reaching out for.