Acts 12:23 (NLT): “Instantly, an angel of the Lord struck Herod with a sickness, because he accepted the people’s worship instead of giving the Glory to God. So he was consumed with worms and died.” 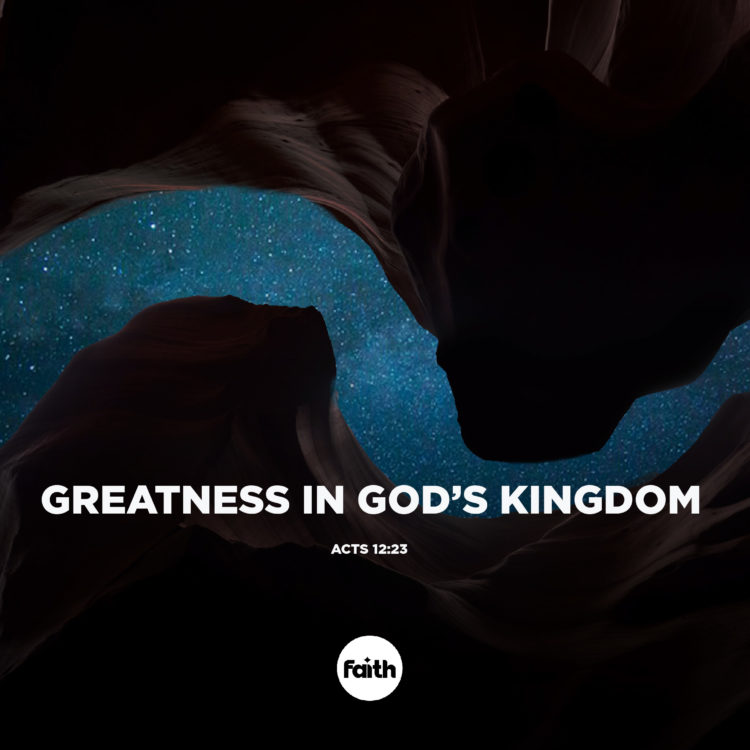 God is never intimidated by men’s success. Instead, He allows people to rise to great heights. King Herod became prideful and puffed up as he sought the praises of people. When he failed to give God the Glory that belonged to Him, Herod died. This is vitally important to understand for anyone who desires to be significantly used by God. The Apostle Paul grasped this principle, and continuously pointed the people towards God, making Him the recipient of their praise and gratitude.
On one such occasion, in Acts 14:11, the people were so amazed at the miracles that occurred through Paul and Barnabas they hailed them as Greek gods and began preparing sacrifices to offer them. Paul immediately rebuked the people and reminded them that he and Barnabas were only vessels used by God to advance His Kingdom. It was their intimacy with, and obedience to the Holy Spirit that brought the manifestation of God’s power.
Remember, humility that’s marked by total dependency on God, and willing obedience to do His will makes people great in the kingdom of God. Taking His glory for ourselves always ends in our demise.
Share on facebook
Facebook
Share on twitter
Twitter
Share on email
Email
Share on whatsapp
WhatsApp
Facebook-f Twitter Youtube Instagram Tumblr Pinterest Flickr