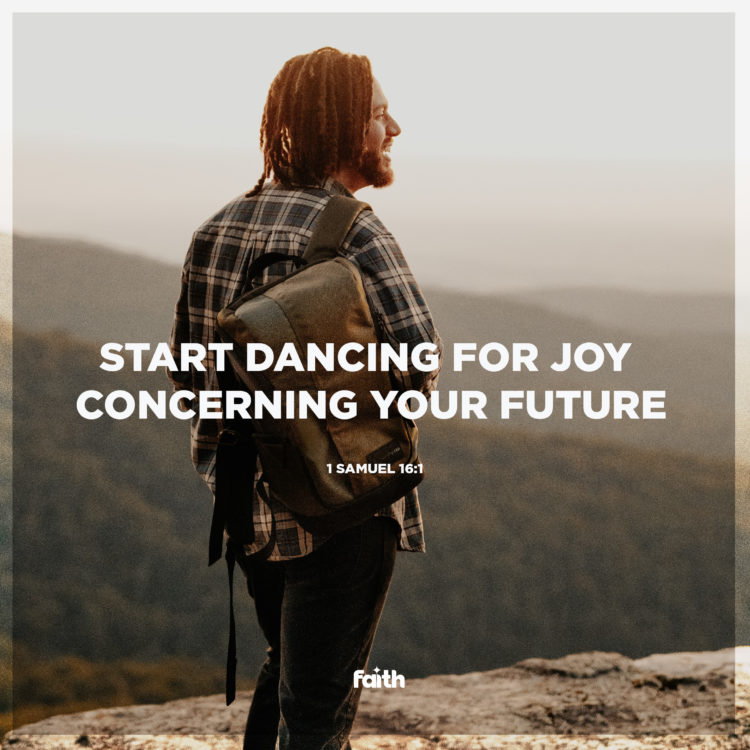 After God removed His hand from Saul, Israel’s first king, the prophet Samuel became despondent. He couldn’t see beyond Saul for the future of their nation. The Lord challenged Samuel to not look at the outward appearance of a man but to rather look at the heart. Little did he know…the king God had on His mind would be the exact opposite of Saul in terms of both his appearance and heart.

While Saul was large and strong in stature, with a rather intimidating presence, David was a young shepherded boy. His own father didn’t regard him as having what it would take to be king. History reveals the difference between these two kings as striking. Even when the prophet couldn’t see beyond the obvious choice at first, the Lord saw the end from the beginning.

If Samuel could have seen what the Lord saw concerning the future of Israel, he would have stopped mourning over the past and began rejoicing about the glorious future. Ask the Lord to show you His perspective from His Word. Let go of your past, preconceived ideas, and start dancing for joy concerning your future.