Speak to the Storm 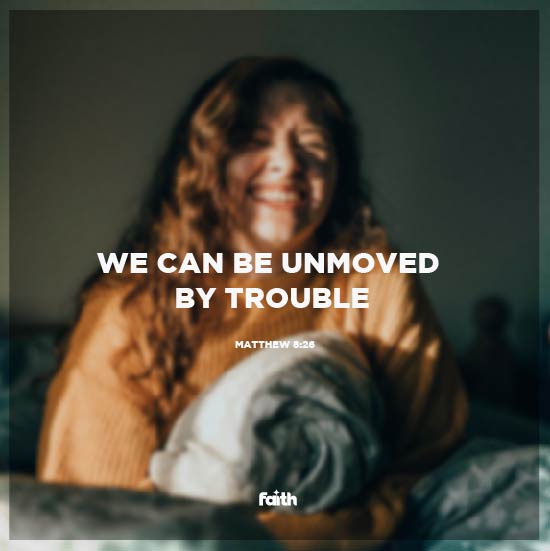 The Sea of Galilee had a reputation for becoming instantly violent when the winds suddenly gusted with tremendous force. The disciples (many of whom were fishermen) were well aware of this fact. In Matthew Chapter 8, we read the disciples were in a boat when a violent storm arose. Thankfully Jesus was with them; only, He was sleeping in the storm.

The disciples began to cry out in desperation as the conditions worsened and waves pounded their boat with such force, they were convinced they were going to sink. Full of terror, they woke Jesus up, imploring Him to take action. Jesus, unmoved by the storm, rebuked the wind, hushed the waves, and INSTANTLY, there was a great calm.

As Christians, we aren’t immune to facing the storms of life. However, our response to each storm is crucial. Since God’s Spirit is within us, and we have been given His Name – we can stand on the authority of His Word. Like Jesus, we can be unmoved by trouble, rise up in faith and speak that storm into submission to God’s Word – and peace will come.