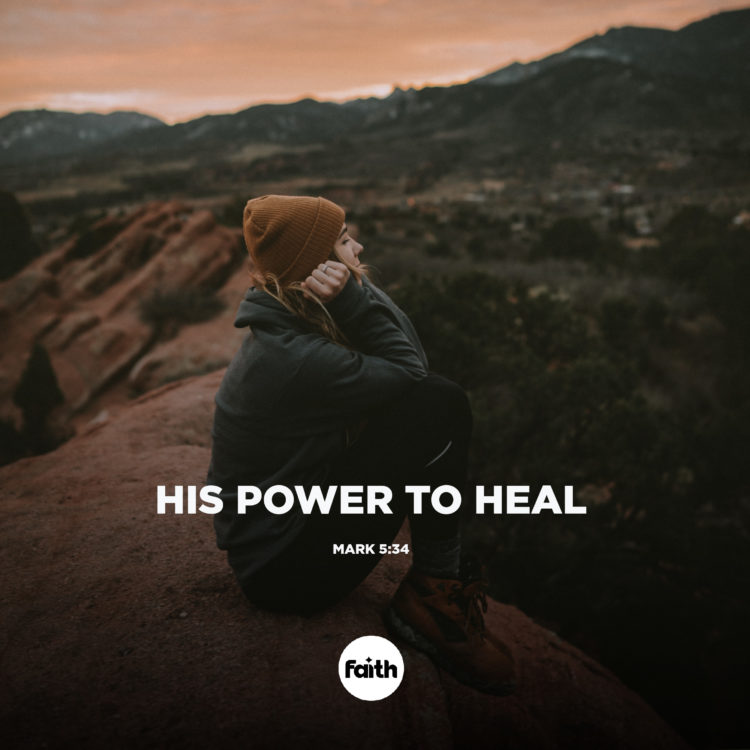 The Gospels tell the story of a woman who was suffering from “an issue of blood”. She had been struggling with this ailment for twelve years. Although she had spent all she had to find a cure, her situation only grew worse. Then she heard about Jesus! You would think that after all the physicians she had been to, and all the remedies she had tried, her faith to be healed had run out.  But hearing about this man who had the power to heal the sick, cast out demons, and raise the dead – made her more hopeful than ever!

She was convinced that just one encounter with Jesus would be enough to heal her and make her whole again. The day Jesus came to town, she was committed and ready to get herself in position for her miracle.  Just one touch would have that healing power flow into her body.  The Bible said the instant she touched the hem of His garment, Jesus recognized power flow out from Him. Her act of faith triggered a supernatural response and the blood dried up at the source.

God doesn’t want to just heal our symptoms, He wants us whole! Whether you have a broken heart, sickness or disease, you can reach out to Him in faith and receive His power to heal and make you whole, today!